One ‘Use-Up Day’ a week cuts food waste by third

A new study by Hellmann’s has found that enabling people to be more resourceful with the contents of their fridge can significantly reduce the amount of perfectly good food that would otherwise be thrown away.

Globally, a third of food produced for human consumption is lost or wasted and 900 million tons is thrown away every year, with more than 60% of this waste occurring in the home.

No one ever sets out with the intention of throwing good food in the bin, but life gets in the way. Plans change. Food that was meant to be eaten on Saturday is still sitting there on Thursday. And many people don’t have the skills or confidence to turn seemingly unrelated ingredients left in their fridge into a tasty meal.

But, as Hellmann’s has found out, tackling this problem doesn’t require people to make big changes to long-held habits in terms of how they buy, store and cook food. It can be done with small, simple steps that involve very little time, skill and effort.

A delicious meal is as easy as 3+1

Through one of the longest and largest behavioral studies into household food waste, Hellmann’s discovered that adopting just one ‘Use-Up Day’ per week – making a meal using ingredients already in the fridge and kitchen – can reduce the amount of food thrown away by a third.

The study found that the main reasons people throw away food at home include forgetting what’s in the fridge, freezer or cupboard, or not knowing what to make with left-behind ingredients. So these items are often ignored and eventually binned.

Through some easy-to-use tools, Hellmann’s created a way to help people see the potential to make a delicious meal from what they have to hand, giving them confidence in their skills and resourcefulness.

The brand developed the ‘3+1 Approach’ to give people a simple rule of thumb: use a base (such as bread, rice or pasta), vegetable or fruit, and a protein of choice (like tofu or eggs). Then bring these ingredients together with a ‘magic touch’ such as herbs, spices or a condiment to add flavor.

The concept was accompanied by a book of ‘Flexipes’ – flexible recipes – which applied the 3+1 Approach with ideas for using up commonly wasted ingredients like bread, tomatoes, apples and potatoes.

As Global Brand VP Christina Bauer-Plank says: “This study took people from a mindset of ‘what do I want to cook and what ingredients do I need’ and reframed it as ‘what food do I already have and what can I make with it’. By giving them the tools and motivation to be more resourceful, we have shown them how to reduce the amount of food they throw away each week.”

Kelly Peters, co-founder of behavioral scientists BEworks – Hellmann’s research partner for the study – backs this up: “Reducing food waste does not require complex physical interventions like specially organized fridges or the adoption of new, time-consuming habits. We designed solutions based on the fundamentals of the human experience and the science of behavior change.” 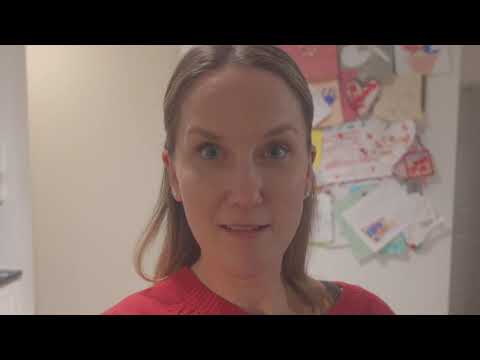 Use-Up Days helped participants in the study make the food they had on hand more salient, reminding them to look for possibilities to use them before they go off. And for the majority, it wasn’t a chore. In fact, about three-quarters said they actually found it easy by following the 3+1 Approach and Flexipes.

Taking part in the study also improved people’s creativity in the kitchen. In a follow-up survey, seven out of ten said they felt more resourceful and six out of ten more confident. And most people – over 70% – said they had saved money on the household food budget.

Interestingly, the mere act of filling in a weekly survey – which each participant was asked to do as part of the study – meant that they were more conscious of the food they wasted and, as a result, it reduced.

Importantly, it was encouraging to see that the good habits people developed as part of the study continued. Eight weeks after it finished, eight out of ten participants were still creating a use-up meal and seven out of ten felt more inspired to use up ingredients they already had.

First Canada, next the world

Hellmann’s and BEworks conducted the study with more than 1,000 families in Canada, which is one of the worst offending countries globally for food waste, with almost two-thirds of the food thrown away still edible.

The study demonstrated that participants reduced their food waste by a third. If all Canadian family households adopted this program, the total amount saved would be in the region of 250,000 tons per year.

Following the success of this initial study, Hellmann’s is building the program into a scalable, digital experience for further testing with the intention of making it available across Canada from the autumn. The ultimate aim is to roll it out globally.

“As Hellmann’s reaches into millions of homes every day through our products,” says Christina, “we have an opportunity and a responsibility to help people become more resourceful with their food to ultimately help waste less food.”

Food waste: the invisible issue in our homes

Food loss and waste has not yet cut into public consciousness to the same degree as issues such as plastic waste or transport emissions. It can seem more like an issue for the industry even though domestic households are the biggest contributor at 61%, according to the United Nations Environment Program.

Wasting food itself is not a behavior; rather, it is the outcome of a chain of everyday actions from meal planning, shopping, storing, preparing and consuming food. Most people don’t set out to waste food. Previous internal research conducted by Hellmann’s revealed that 70% of people around the world agree that ‘avoiding food waste’ is important to them, and the majority say they do not want to waste food.

But the barriers to preventing food waste are complex. They include factors like forgetfulness, time constraints in our busy lives, perceptions of a food’s desirability (whether it is past its best-by date or looks past its prime) and an individual’s cooking skill and confidence. Even so, reducing food waste is possible.

With a little help to shift how people look at the contents of their fridge – so they see that anything they have left behind can be transformed into a quick and delicious meal, there is the potential to reduce food waste and make an impact on this crisis.

This is an extract from the Hellmann’s study. Read the Executive Summary