Behind the brand: Domestos – from unstoppable power to powerful purpose

Domestos’s germ-killing expertise has seen the business double in a decade and made the brand a trusted favourite around the world. Now it is building on its unstoppable power with a powerful purpose aimed at ensuring that clean and safe toilets are a reality for everyone.

The story of Domestos started in a garden shed in Newcastle, in the north of England, in 1929. It was the brainchild of 25-year-old dental mechanic William Handley who sold his solution of sodium hypochlorite door to door for use as a steriliser, drain cleaner and even a treatment for sore feet (not recommended anymore).

By 1952 Domestos was gaining significant market momentum and being sold nationally through retail outlets, marketed under the slogan ‘Kills all known germs’ – a catchphrase that is still synonymous with the brand today.

In 1961 Unilever acquired Domestos and expansion began in all senses of the word.

The start of the new millennium saw the launch of a flurry of new formulations, starting in 2003 with the brand’s thickest-ever product, Domestos Oxygen bleach, followed in 2004 by the bold new Pink Power, and in 2005 with Aqua Blast.

Unlike many of its competitors that offer acid-based cleaners, Domestos’s bleach-based formula allows it to deliver impressive cleaning performance while also being 100% biodegradable.

Thanks to both the superiority of the products and range available, Domestos has seen its business double in size in the last ten years. Sold in over 45 countries under a variety of names, including Domex in India and Vim in Argentina, Domestos is leading in nearly all the markets where it operates.

Thanks to both the superiority of the products and range available, Domestos has seen its business double in size in the last ten years.

The introduction of Domestos in Turkey in the early 2000s effectively converted the market to the merits of thick bleach, with turnover increasing sixfold in the last ten years. Vietnam has also seen huge market growth over the last decade, with Domestos acquiring 50% penetration, while South Africa’s business has tripled, also in the last decade.

“Domestos’s success in the markets is undoubtedly linked to performance superiority and consumer trust in a product that will get the job done,” says Shuchi Suri, Head of Household Cleaning & Hygiene at Unilever. “Efficacy, convenience and maintenance are the key innovation drivers for the brand, and new products have increasingly provided solutions to localised issues.”

For example, Domestos has introduced market innovations based on different toilet and water types in Vietnam and India, including products enhanced with surface modification technology (see more below) that keeps toilets clean and odour free for up to 72 hours.

But it is not just new products that are powering Domestos’s growth, the brand is also continuously improving existing ones. Domestos introduced its first toilet block in the 1990s and has been stepping up its power ever since. The new Power 5 block, for example, is now longer lasting – delivering fragrance and cleaning power for up to 300 flushes.

The purpose that powers it

Supporting public health has been an inherent part of the Domestos legacy, dating back to the 1950s when it was involved in the UK public health campaign supporting polio vaccination.

So it is not surprising that when the Covid pandemic hit, Domestos carelines in the UK and worldwide lit up with consumers asking what products to use to kill coronavirus and how to disinfect their home.

“It was clear at that point that we needed to step in and complement the advice of government and public health bodies,” says Peter ter Kulve, President, Unilever Home Care. “We did this by partnering with Dr Lisa Ackerley, who was able to provide the general public with practical cleaning information, regardless of the brand they use.”

But Domestos’s purpose to support public health reaches well beyond Covid. Through its ten-year partnership with UNICEF and its own ‘Cleaner Toilets, Brighter Futures’ (CTBF) school O&M toilet programme (for operation & maintenance), Domestos has to date helped 29 million people get access to a clean and safe toilet and has committed to helping 100 million people by 2030 (see below, Purpose: All Toilets Are Gold).

The Reality of Unsafe Toilets

This campaign highlighted the reality of unsafe toilets that schoolchildren in South Africa face, in addition to facing the Covid-19 pandemic. It calls attention to the importance of the Domestos Cleaner Toilets, Brighter Futures campaign. 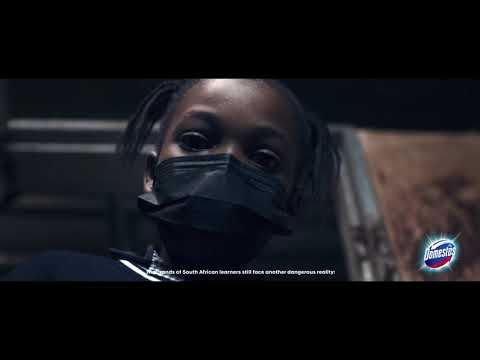 Germaggedon: The power of animation

This campaign featured animated germs: a population that would be the stars for many Domestos campaigns. The distress of these slimy stars would prove highly effective in grabbing audience attention and highlighting the high performance of the products. 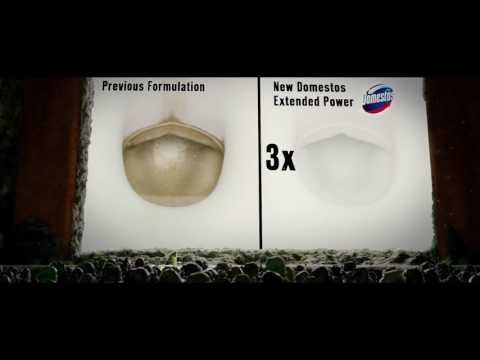 Unstoppable: The voice of Domestos

Domestos was given its own voice in this ad aimed at promoting its efficacity inside the bathroom and beyond. Echoing the brand’s traditional catchphrase, ‘kills all known germs’, it also featured the‘Unstoppable’ slogan. 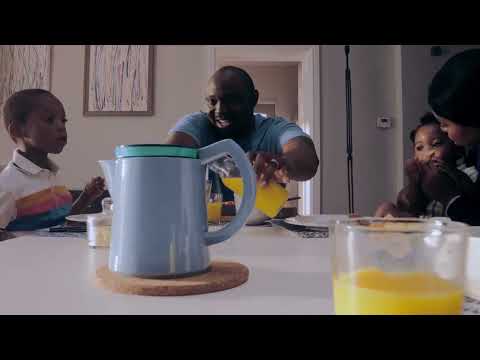 As compared with 2021 volumes of the 750ml bottles of bleach